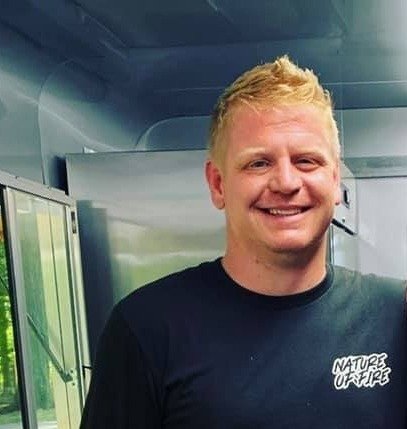 Anthony “Tony” Ferguson is a Pittsburgh native. He worked in the service industry early in his life and managed one of the biggest night clubs in Pittsburgh by the age of 23. At the age of 25 he opened a bar/restaurant in his home town of South Fayette. Ferguson’s Pub is where he honed his skills as a chef and business man. This is also where he had his conversion and met the Lord in 2010. Within six months he had sold the pub and gave away all of his possessions to follow Jesus into the seminary. Tony studied at St Paul’s seminary for the Diocese of Pittsburgh for two years. From there he joined the Capuchin Franciscans as a novice. It was while discerning with the Capuchins that he knew that he was called to marriage. Tony married his wife Angie in 2014.  Tony worked in the insurance and wealth management industries until 2018 when he had the opportunity to become Director of Evangelization for Corpus Christi Parish. While working and growing the community at Corpus Christi, Tony, his wife Angie, and the Pastor Fr Dennis started The Nature of Fire Evangelization. Tony continues as Director of Evangelization at Corpus Christi as well as being the president of Nature of Fire.